Hello! I’ve been off the radar on the website for a bit now – but I promise I have been doing some stuff.

I ended the summer there on a trip to Canada with Conor Markey and Paul McKenna, which was very enjoyable, despite a serious amount of driving (4500 miles in 3 weeks!). We had a fair bit of time off in Halifax, Nova Scotia as well, which allowed me to explore our area of the city a bit and hang out in some cool bars and stuff.

In September, highlights included a couple of gigs at Blas Festival as a duo with Hamish MacLeod and with INYAL, as support for Niteworks, who are great craic all round. I was also over in Italy at BustoFolk with the full Paul McKenna Band (pictured), where we caught the last of the summer sun and ate our weight in tidy pizzas.

Looking ahead, I’m embarking on a two-week tour of Germany, Switzerland and The Netherlands with singer-songwriter Simon Kempston in November – check out the dates in the ‘Gigs’ tab!

We’ve just finished tracking an album with Tannara as well, and so are looking forward to mixing it and sharing it with you in the near future.

To finish the year, I’ll be heading up to Sutherland to play with INYAL in Ardgay Hall to bring in the bells. We’ll be joined by the phenomenal Heisk, and it promises not to be a quiet night!

It’s been a wee while since I put up a post, but I promise I have been up to a couple of things! I had a great time on two separate tours in Scotland and Ireland, with Jack Badcock + Ali Levack, and Darragh Quinn + Sam Mabbett respectively. We had an absolute blast! Celtic Connections delivered as usual, I had the chance to play in the beautiful New Auditorium at Glasgow’s Royal Concert Hall with The Paul McKenna Band as well as catching the legendary Liz Carroll’s set.

Looking ahead, I’ve just embarked on a tour with Tannara, and we’ll be heading all over England and Wales for the next ten days (pictured is my well-packed case which I was unnecessarily proud of). Check out the website for the tour dates! www.tannaramusic.co.uk.

For the rest of the year, I’ve some gigs in the north of England in April with Tannara’s Owen Sinclair, and I’ll be heading on a long flight for a tour in May and June – I can’t say where yet but you’ll be first to know when I can! In July, I’m honoured to have been asked up to Ceolas in South Uist as a fiddle tutor.

Take care, and it would be great to see you somewhere soon!

I’m delighted to be away in Canada this month, on a tour with The Paul McKenna Band. We started off at a festival in idyllic Canmore, near the beginning of Canada’s Rocky Mountains (although the picture I took doesn’t do it any justice). We’ve met some really cool people out here so far, including awesome singer Foy Vance, who we were delighted agreed to play a song with us at Canmore (see video). At time of writing we’re headed up to the famous Edmonton Folk Festival, and then on to New Brunswick.

With INYAL, we’ve just finished recording an album, and are hoping to release it this year or early next, so look out for that if you’re interested. We’re very lucky to have BBC Radio 2 Young Folk Award winner Josie Duncan and BBC Radio Scotland Young Traditional Musician of the Year 2017 Charlie Stewart featuring on it. If you want a preview you’ll be able to catch us at Colonsay Festival and Skye Live next month!

As the peak wedding season draws to a close, I’m looking forward to playing at a few all over the country when I get back, and also to touring with Tannara in the Autumn.

So this month, everyone’s favourite winter trad festival is in full flight and in prime position to momentarily get rid of the Hogmanay hangover and replace it with the Celtic Connections one. I’m very lucky to be doing a few different things, gigs with Fuaran nan Eilean (28th Jan), Canach (3rd Feb), TMSA Young Trad Tour (4th Feb) and a super exciting commission from the University of Glasgow’s Gaelic Initiative for INYAL, where we’ll be premiering 3 newly arranged Gaelic songs with a guest singer (yet to be announced – check the INYAL facebook for details soon!), and a string section. The gig is on 28th Jan in Glasgow’s Old Fruitmarket, where we’ll be appearing alongside legendary bandolim player Hamilton de Holanda, and the seemingly unstoppable Niteworks. 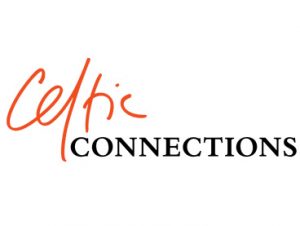 Apart from doing gigs, I’m also taking part in a masterclass led by world-renowned American fiddle-player Mark O’ Connor, on the 29th Jan, at the City Halls. Even if you can’t make it to any of these things, there is so much amazing music happening in Glasgow at the moment, and I strongly suggest you check some of it out!

Looking to the next few months, INYAL are playing at the Highland Annual in Edinburgh on 10th February, and also at the FilmG awards in the Old Fruitmarket on the 17th February. It would be sweet to see some folk there!

I’m just back from Celtic Colours International Festival in Canada, where I had an absolute blast playing with an exciting UHI/Fèisean nan Gaidheal collaboration called Fuaran nan Eilean, which featured Anna-Wendy Stevenson, Simon Bradley and members of Eabhal along with a squad (school? pod? murder?) of other fantastic musicians. Alongside is a picture of the amazing colours on the trees out the car window. 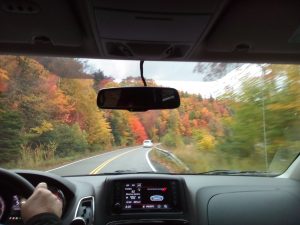 I was also super excited to make a video with INYAL, which was also a collaboration between top engineer Mattie Foulds and stunning videographer Somhairle MacDonald – both really worth checking out! You can see it here. We’ll also be releasing another video very soon!

Speaking of videos, at the start of the month, I worked with top videographer Gus Stirrat to make a video for the first track on my album, Ale is Dear, in the stunning setting of Govanhill Baths. I’m totally delighted with the result and will be releasing it very soon.

Finally, I’m preparing for a three-week tour of Germany, The Netherlands, Switzerland and Denmark with ace singer-songwriter Simon Kempston – you can check out where exactly in the gigs tab on this website.

I’ve had an amazing summer, as I was very lucky in being asked to join The Paul McKenna Band on their 6-week North American tour, playing gigs all over the place, including Colorado, New Mexico, PEI, Nova Scotia, Maryland, California, Oregon, Washington and Vancouver. It was a fantastic experience and one I won’t forget in a hurry. Saw some awesome things as well – including Alcatraz Island in the Bay Area (pictured), and the Californian Redwoods in John Muir Monument Park.

So this month, I’m looking forward to going up to Achiltibuie for the Summer Isles Festival with Tannara. I’ll also be appearing in the Edinburgh Festival Fringe, at a big night of Gaelic-influenced electronica at the Queen’s Hall with INYAL, as the support act for Niteworks on August 28th. Tickets for the event are available here.

Finally, I’ve started a few rehearsals for a project taking place in November – a tour of Germany, Switzerland and The Netherlands with singer-songwriter extraordinaire Simon Kempston, something I’m very much looking forward to. Dates going up on here soon!

I’m delighted to be finally able to announce the release of my debut album this month! It is now available from this website in the ‘Album’ tab, and can also be downloaded from iTunes and Spotify. If you fancy a wee listen to it without buying it, you can listen to a couple of tracks here: https://soundcloud.com/robbiegreigfiddle

The album was recorded in the run-up to Chirstmas last year, in St. Vincent’s Church in Stockbridge, Edinburgh, with a whole host of awesome folk helping me out with it. It was produced by Hungarian fiddle and violin virtuoso Janos Lang, and features BBC Radio Scotland Young Traditional Musician of the Year 2013 Paddy Callaghan, MG Alba Trad Award Instrumentalist of the Year Nominee Tomás Callister, as well as members of award-winning band Dallahan, amongst a whole host of other amazing players, who you can read about in the ‘Album’ tab. Hope you enjoy listening to it as much as we enjoyed making it!